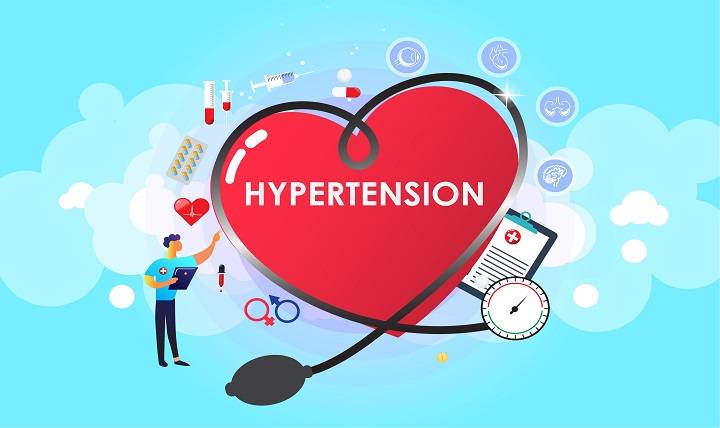 Blood runs through our arteries and veins and essentially puts pressure on the vessel walls. So, the pressure exerted by flowing blood in living bodies is familiar as blood pressure. By now, you must have understood that every person obviously has blood pressure, and often people misdiagnose headache, neck stiffness, or dizziness with a typical term pressure, which is baseless.

Why is it dangerous?

Hypertension is solely responsible for various end-organ damage, and stroke is a significant complication of it. Stroke causes persistently raised blood pressure on the fragile blood vessels of the brain and ruptures after a time. Renal impairment, kidney failure, and liver function derangement are other very prominent complications of persistent hypertension.

We already discussed how hypertension could affect almost all vital organs of our body and cause harm. But, despite mass awareness, about one-third of the population worldwide is suffering from hypertension, and a considerable percentage are in the high-risk group. So, there must be a wide range of causes of hypertension, and here in this section, we will get to know about it in detail.

We can divide the causes of hypertension into modifiable and non-modifiable headings. Non-modifiable factors stand for those causes that are not changeable under any circumstances. Genetic predisposition to hypertension or obesity is one of such causes. Epidemiologically African people are at a higher risk of developing hypertension over time than others. Also, there are some demographic factors. Females are less prone to develop hypertension or any other cardiovascular diseases than males.

Hypertension is primarily preventable and controllable if we follow some strict rules and doctor’s prescriptions. The modifiable factors include lifestyle first. A sedentary lifestyle and excessive gadget dependence is primary cause of hypertension. The more we indulge ourselves in a comfortable lifestyle, the more the chances of such diseases increase. Then comes the smoking. Smoking is responsible for atherosclerosis and other vascular changes that will eventually cause hypertension and stroke.

Other modifiable factors include dietary habits. Mediterranean people have minor cardiovascular disease levels worldwide, which is their high fiber, less carbohydrate diet. High carbohydrate and unsaturated fat levels in the diet cause thickening of the vessel walls and eventually hypertension. Exercise plays a vital role in preventing hypertension.

Hypertension is an impending question among healthcare workers, and you have to screen yourself at least twice a week to prevent it from happening.

Share
Facebook
Twitter
Pinterest
WhatsApp
Linkedin
Email
Print
Telegram
Previous articleWhy Sugar Is Bad for Your Health and Why You Should Avoid Sugar
Next articleIs it okay to skip breakfast for a healthy diet chart?

Everything you need to know about the rheumatic fever of childhood

How to ensure a safe and healthy pregnancy?

The silent killer of women: gather some Essential knowledge regarding cervical carcinoma

Ready To Read The CMC Markets Review in Forex Trading

How Many Niches Accept All Gambling Guest Post Sites?

The Basics of Casino Online Slots

Ready To Read The CMC Markets Review in Forex Trading